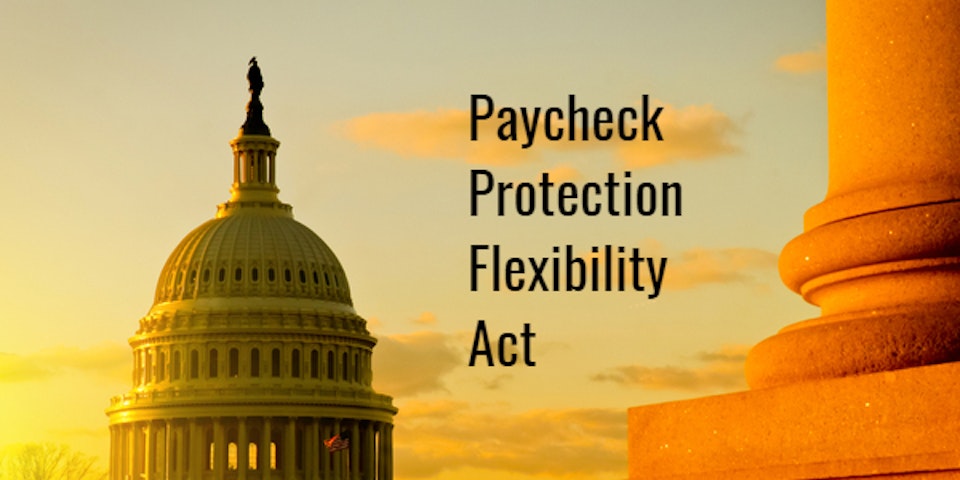 The Democratic-controlled House has plans to vote next week on a new bill called the Paycheck Protection Flexibility Act (H.R. 6886) that, among other things, would make much-needed changes to the Paycheck Protection Program (PPP). It is hopeful that this smaller, more focused bill will gain Republican support quickly. The new stand-alone bill includes several more flexible provisions including:

1. Provide for a longer time than the current eight weeks to use funds from the PPP, possibly up to 24 weeks.

2. Ease or eliminate the requirement that 75% of the loan proceeds be used for payroll costs.

3. Extend the June 30 deadline for rehiring employees to help avoid the FTE and salary reduction calculations in the loan forgiveness application.

4. Extend the current term of the loans to longer than two years. The CARES Act allows for up to ten years.

Last week, the House voted to approve H.R. 6800 dubbed the HEROES Act; however, the bill is stalled at the moment in the Republican-controlled Senate which has no plans to debate or act on the bill until sometime in the future. Republicans are favoring a wait-and-see response to additional relief, hoping the reopening of the states will jumpstart the economy.

Although Republicans are not opposed to another relief package, they are not in agreement with Democrats as to the timing. Secretary of the Treasury, Steven Mnuchin, indicated that he was not opposed to tweaking the program. It is hoped that this stand-alone bill could be passed quickly to help the struggling PPP with members of both parties pushing for changes to the program.

Other provisions being discussed are the need for a second stimulus payment to families, a $450/week back-to-work incentive program, and how the PPP proceeds will be reported for financial statements.

Should you have any questions, please do not hesitate to reach out to your tonneson + co representative.