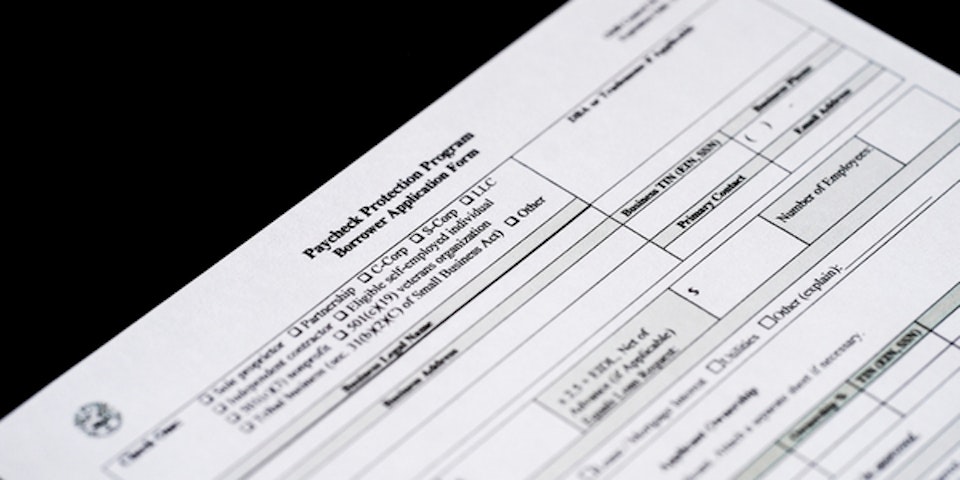 The IRS released a ruling that explains that a taxpayer that receives a loan through the Paycheck Protection Program (PPP) is not permitted to deduct expenses that are normally deductible under the Code. To the extent that the qualifying expenses were reimbursed by PPP loan proceeds, and the proceeds of which were forgiven, then the expenses would not be deductible on the company’s return.

The CARES Act excludes from gross income any amount of the loan forgiven under the Paycheck Protection Program. Allowing the deduction and the exclusion from income would essentially be double deducting the expenses. The AICPA has challenged this ruling and is seeking clarifying legislation. Below is an excerpt from the Journal of Accountancy regarding the AICPA’s advocacy on this issue.

Excerpt from Journal of Accountancy from the AICPA

The CARES Act itself does not address whether deductions otherwise allowable under the Code for payments of eligible Section 1106 expenses by a recipient of a covered loan are allowed if the covered loan is subsequently forgiven as a result of the payment of those expenses.

The AICPA believes strongly that the IRS’s interpretation denying deductions of expenses forgiven under the PPP program is contrary to Congress’s intent. Chris Hesse, CPA, chair of the AICPA Tax Executive Committee, said: “In effect, the IRS guidance means that the taxability provision [Section 1106(i)] has no meaning. Why waste the ink to say that for purposes of the Code, the loan forgiveness is not includible in income, if the government will just take away deductions in the same amount?”

Because it believes the intent of the CARES Act was to allow businesses to deduct all of their ordinary and necessary expenses — including any expenses used in determining PPP covered costs — the AICPA plans to seek legislative clarification. “We’re hopeful that we’ll see movement on the legislative front early next week,” according to Edward Karl, CPA, AICPA vice president–Tax Policy & Advocacy.

We will continue to keep you up to date. Should you have any questions, please don’t hesitate to reach out to your tonneson + co representative.